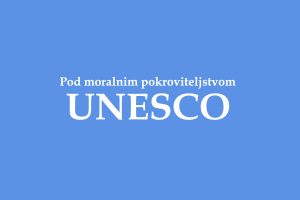 The Kopaonik School of Natural law – Slobodan Perović is not only to a place of meeting together the adequate scientific authorities but also of enjoying the reputation in domestic and, probably even more, in international legal public.

All that has been the reason for the School for obtaining in 2005 the recogni­tion by UNESCO with the explanation that its „projects and publications ofwere of special interest for the UN organization by School’s advancing in this way the human rights within the system of the United Nations“.

In 2007 UNESCO has expressed in its letter to Professor Slobodan Perović that the Kopaonik School „has be­come a natural ally of that Organization in the joint efforts to promote, re­spect and protect the human rights and equal dignity belonging to all hu­man beings“.

Message from Ms. Pilar Alvarez Laso, Assistant Director-General for Social and Human Sciences,UNESCO, to the participants of the Twenty fourth Conferenceof the Kopaonik School of Natural Law dedicated to the topic of“Law and Responsibility”(Mt. Kopaonik, the Republic of Serba, 13–17 December 2011)

UNESCO congratulates to the Kopaonik School of Natural Law for its choosing such a significant and actual topic for its 24th annual Conference.

Relationship between fundamental principles and values such as hu­man dignity, justice, equity, freedom, solidarity and the like, and the indi­vidual and joint responsibility is a primary concern of UNESCO.

I wish you most successful work at your 24th Conference, hoping that cooperation between the Kopaonik School of Natural Law and UNESO will continue to develop.