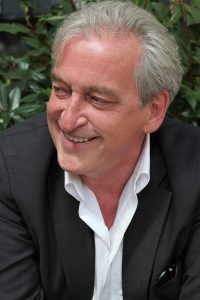 Dr.Thomas Meyer studied in Law at the University of Bremen, where he finished his PhD in 1995. After working as a scientific assistant, he started to work in Development Cooperation from 1998. He was Project Assistant at the Project “Legal Reform in Transition Countries”, which was commissioned by the German Federal Ministry of Economic Cooperation and Development and implemented by the Deutsch Gesellschaft für Technische Zusammenarbeit (GTZ, 2011 renamed to Deutsche Gesellschaft für Internationale Zusammenarbeit (GIZ), where different German Implementing Agencies merged) at the University of Bremen. That Project covered 10 countries, mostly from the former Soviet Union, and Mr Meyer was involved in Legal Reforms on Civil Law in Moldova, Georgia, Azerbaijan, Turkmenistan, Tajikistan and Mongolia. In 2002 he moved to Belgrade to take over the GIZ Project “Legal Reforms in Serbia” as a project manager, since 2004 together with the Project “Legal Reforms in Bosnia and Hercegovina”. In 2007 he set up in parallel a regional GIZ project “Open Regional Fund for South East Europe – Legal Reform” which covered all remaining former republics of Yugoslavia next to Albania. In 2014 he moved back to Georgia and became Programme Manager for the GIZ Program “Legal and Judicial Reforms in the South Caucasus”, with Country offices in Armenia, Azerbaijan and Georgia. During his time in South East Europe he was involved in the reforms of Civil Codes of Serbia and Macedonia, as well as with the planned reform of the Law on Contracts and Obligations in Bosnia and Hercegovina. He is member of the Kopaonik School of Natural Law since 2005 and already participated in it since 2002.

Publications (extract):
– The objection against violation of the principle of subsidiarity in the frame of the introduction of the Common European Sales Law, 2013 Nova PravnaRevija
– The Optional Instrument and its importance for legal reforms in South East Europe, 2012, Kopanik School on Natural Law
– Social Market Economy Values in Legal Reform Projects in South East Europe (SEE) contribution to the Conference “Civil Law in East Europe – Autonomous Developments or legal transplants?”, March 27th and 28th 2009 in Hamburg at the Max Planck Institute for Comparative Law and International Private Law (in English), in Private Law in Eastern Europe, Tübingen 2010, Pages 41 – 61
– Introduction of registered pledges in South East Europe, contribution to the International Conference “Problems of Contract Law and Enforcement of Contract in Caucasus and Central Asia”, April 10th and 11th 2008, Bremen, University of Bremen (In German)
– Development of Civil Codes in former Soviet Union, under publication, for the conference on the 30th Anniversary of the Law on Yugoslav Law on Obligation (In English and local language)
– The long road to a democratic state and the rule of law, in coauthorship with Dr. Judith Knieper in: Serbia after the wars, Frankfurt 2008 (In German)
– The Contract on Delegated Construction in German Law, Collection of contributions to the annual conference on Civil Law of the Faculties of Law at the Universities of Mostar and Split in 2008 (in local Language)
– Visions of an European Company Law – Actual Tendencies on harmonization in the field of Company Law, Contribution to the European Winterschool on European Law at Zlatibor, 2005 (not published)
– Demands regarding the legislative framework for Protection of Investment in Serbia, Collection of Contributions to the Annual Meeting of Business Lawyers in Vrnjcka Banja, 2007 (in local Language)
– Economy and legal security – Projects of German Development Cooperation on support for sustainable legal reform in Serbia and Montenegro, Collection of Contributions to the Annual Meeting of Business Lawyers in Vrnjcka Banja, 2006 (in local Language)
– Changes in the limitation rules in the German Civil Code, Anali of the Faculty of Law at the University of Belgrade, 2004
– Ways to new Law, Law in Transition 1999
– The new Georgian Civil Code, WIRO 1998