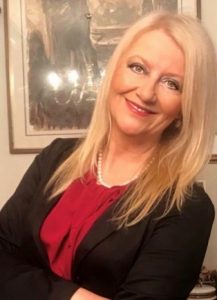 • 6 December 2010 – present day
• Faculty of Business Economic and Entrepreneurship, 35b Vojvode Vlahovica Street, Belgrade
• Teacher
• Full professor
• Organization and realization of the teaching process in her line of expertise, on the following courses: Entrepreneurship, Project Management, Financial Management. Has taken part in scientific projects and conferences in cooperation with other higher-education institutions, non-government and other organizations. Responsible for the implementation of the quality policy of the School in the realization of the teaching process and for other assigned activities (scientific paper review for the International Review Journal and for the Employment, Education and Entrepreneurship Conference published by the School; accreditation of the study programs, etc).

• 1 November 2001 – 6 December 2010
• Faculty of Sport Management, Braca Karic University, 2 Gradski park Street, Zemun
• Teacher, manager
• Associate Professor, Full Professor, the President of the Academic Council, Dean
• Organization and realization of the teaching process in the field of sport management. Managerial activities at the Faculty, accreditation of the study programs in accordance with the Bologna Declaration, accreditation concerning scientific-research work. Responsible for the work of the Faculty, successful accreditation and implementation of four study programs on basic, master and doctoral studies, scientific-research work, etc. Until December 2010 she coordinated accreditation activities of the entire University with seven other faculties.

• 7 August 2000 – 31 May 2006
• Small and Medium Enterprises Development Institute – BK, 23 Vase Pelagic Street, Belgrade
• Manager
• Director of the Institute
• Activities on the reorganization of the Institute’s business, on risk assessment projects, privatization of social enterprises, development strategies of South Serbia municipalities, business plans and investment studies for small and medium enterprises, trainings for entrepreneurs, establishment and accreditation of the International College for Entrepreneurship, etc. Responsible for to work of the Institute, project realization, accreditation and the College’s beginnings.

• 1 February 1997 – 25 July 2001
• Braca Karic University, 3 Palmira Toljatilja Street, New Belgrade
• Manager, teacher
• General Manager of the Faculty, PhD on the Faculty of Trade and Banking – Janicije and Danica Karic
• Activities on the promotion of the work process, market position and rating, introducing the system of quality, functioning and business of the University and its members – faculties and institutes.

• 11 March 1991 – 10 November 1992
• Small and Medium Enterprises Development Institute, BK Company, 3 Palmira Toljatija Street, New Belgrade
• Development Sector
• Expert Associate
• Manager, coordinator and author of a larger number of scientific-research projects and studies in the field of small and medium enterprises development and education. Feasibility study of the founding of the BK Faculty of Management in Belgrade, the first privately-owned faculty on the territory of former Yugoslavia. Feasibility study of the founding of the Institute for the English Language “St. Joseph Hall Braca Karic” in cooperation with the “St. Josephs Hall” from Oxford. Responsible for the preparation and realization of the project.

• 1 July 1988 – 30 June 1990
• Commission for the Current and Developmental Economic Policy, New Belgrade
• Manager
• Chairwoman of the Commission
• Promotion of the current and developmental economic policy of the young; member of work groups for passing laws on foreign investments, law on enterprises, law on employment, federal law on the transformation of social capital. Responsible for an efficient coordination, preparing and making proposals for individual legal solutions, etc.

She has gained significant experience in living in other countries – independently and in the composition of certain study groups as a member of delegations at international conferences, scientific meetings and cultural events (Russia, Ukraine, Kazakhstan, Uzbekistan, Kyrgyzstan, Belarus, Romania, China, Italy, Cyprus, Hungary, the former republics of the SFRY) and in the cooperation with institutions such as: Institute of Social and Political Research, Russian Academy of Sciences, Lomonosov Moscow State University, Ukrainian Academy of Agricultural Sciences, OWZ from Bayern (Centre for Training of Managers on the East-West) , The Carl Duisburg Society, the Centre for Investments from Zagreb, the CPU – the Higher Vocational School of the Chamber of Commerce of Slovenia, Schiller University, etc.

Managed, coordinated and has been a team member on the following projects:
98 privatization projects for social enterprises;
99 applied and development projects in the field of education in the country and abroad;
48 projects on the development of business plans and investment programs for enterprises;
35 performance analysis of small and medium enterprises;
18 development and applied projects: informal education of young people in cooperation with economy, local self-government, higher education, non-governmental and other institutions, market research, training;
5 projects for the introduction of a quality system; 5 strategic projects – Local economic development, youth sport
Work on strategic projects and training projects in the following multicultural environments and with NGOs:
2 LED projects: South Serbia, Presevo Municipality and Bujanovac Municipality (CHF International / Serbia, MSP BK Institute);
6 training projects in cooperation with the Association of People with Disabilities “LAGATOR” from Loznica and the Faculty of Business Economics and Entrepreneurship;
1 project: “Prishtina-Slivovo 2001” – realized research, realized training, funds for starting a business for the best business plans (Institute of SME BK);
1 project: Business programs and education for entrepreneurs in Kosovo, Prishtina (Institute of SMEs BK);

Since 2004, she has published over 500 articles in the field of starting and improving her own business (Economic Review – “My Money” in the daily “Blic” and “Where and how to invest money” of the weekly “Pregled”), over 50 interviews and comments from the field of entrepreneurship, management and sports (Economic Addition “Econometrics” of daily newspaper “Politika”, “Frankfurt news” newspaper for diaspora, “Lisa” Burda edition for women, Politika, Vecernje Novosti, Blic News, Dnevnik, Jedinstvo, Magazin “, Sport, TV RTS, etc.). She has won many acknowledgments and awards for the advancement and development of science, entrepreneurship, management and sport development. The award “Manager 2003” for the development and improvement of entrepreneurship in Serbia, was awarded by the Club of Business Journalists of the Republic of Serbia. Following the selection of the readers of the newspaper Sport, she was named one of the 10 most influential persons from Serbia’s sport life from the aspect of education of young people in sports (2008). She has published 145 scientific papers, 5 textbooks, 2 scientific and 2 professional monographs and 1 manual for entrepreneurs.

Other skills and competences

Since 1980 she has been in sports aviation. After the first parachute jumps (1980), she simultaneously finished sailing training (1981), and soon training for sports planes (1982). She owns sports licenses for a glider pilot and pilot of sports planes. She completed her training in acrobatic flight (1990) in the class of instructor Silen (Bulgaria). She has flown at home and abroad. In her free time she does paragliding (training in Moscow in 1994).